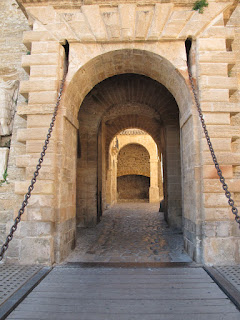 I could feel the electricity running down my arms. Buzzing under my skin it stabbed into my fingers. ‘She’s going to give me a heart attack,’ I thought, the idea alone creating a secondary voltage surge. But as sensation was equal on both right and left sides, there was no pain in my chest and I was still breathing, I worked out that she probably wasn’t.


What I was sure about though was that I was not a happy harmonica player. I wondered what I would have done had I been on my own turf and not in a foreign country, the guest of someone I hardly knew who was being a real pain. Pointless really, because my current state fulfilled none of those criteria.


I didn’t know whether I was more shocked than angry. I had been invited to Mallorca for a few days to check whether it would be a good place for me to look for work as a musician. Now it seemed my hostess was doing everything in her power to block me. ‘If you play here,’ she said as I tested the free movement of my slide and warmed my harmonica up, ‘I’m going for a coffee somewhere else and you’ll have to come and find me later’.

I suppose she might be forgiven for not understanding just how highly charged this situation was for me. I am not proud to say that I am an awful traveller. For all sorts of reasons I find it very difficult to survive an unfamiliar environment, especially if I’m on my own. I guess I just haven’t learnt the skills of travel. I don’t even know what they are. I’ve always found it easier just to stay at home. 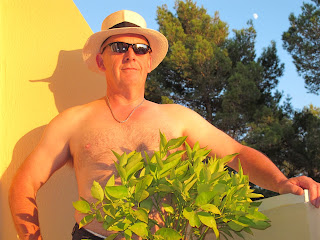 But things have changed. I now have an agenda. I have freshly discovered needs. I need to see the world before I die. And I need an audience for my music.


One of my most appreciative demographics is South American. Many of the melodies I use have migrated into tango from that subcontinent's broader musical culture. Whether they dance or not Latino ex-pats from to have grown up on this stuff. Hankering after the familiar in 's wintry urban bliss, they might be a little susceptible to what I do.


On this basis logic suggests that I should take my music to the heartland. Maybe I should try out on the streets of or . Could even be that is the place I should head for.


Eventually possibly, however I decided not to immediately skip across the to test my mettle on the boulevards of . It seemed sensible to explore the Hispanic psyche, if there is such a thing, somewhere closer to home first. 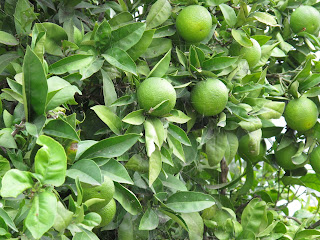 So I gripped my travel-phobia firmly by the throat and gave it a jolly good shake. I invested in the not-so-cheap-when-you-add-in-all-the-extras Ryan air flight. I even psyched myself up to pay court to my hostess. Whatever it took, or was going to take, I got myself out there.


So thats how I found myself squaring up to a minor peak on a hard climb. I was about to deliver a cunningly premeditated, but seemingly spontaneous, flurry of notes to a café full of people who had never seen or even heard of me previously and of whose language I had just slightly less than the most rudimentary knowledge. With my nerves stretched tight as a sail in a gale I was ready to rock.


So was hostess. Unfortunately it seemed that what she wanted to rock was my boat.  No, for reasons best known to herself she decided she’d go one better. At exactly the decisive moment she chose to jump ship completely. I was so startled that my foothold on the greasy pole to fame faltered. My focus evaporated and I fell.

Plunging right through 'rational' I found my feet hopping on the scorching coals of 'more than a little pissed off' in the twinkling of an eye. I scolded myself for my arrogance in setting out to tackle the Hispanic psyche, or even assuming that there was such a thing. How could I have been so presumptuous? Anyone who could draw a breath could tell that I had no idea of the mental processes of one of my own countrywomen. Let alone anyone else.


As usually happens when I’m really angry, my manners came to the fore. Politeness spread out over my boiling emotions like an oil slick but no matter how I tried I couldn’t quite achieve empathy. Couldn't she do empowerment? Or even respect? The answer to all these was obviously an emphatic ‘No.’


In the midst of all this emotional heat my goodwill evaporated completely. Which also was difficult. She had been hospitality itself. She had put me up in her quite nice flat. She had fed me well and had driven me round the island. But, I realised, I was now pinned down in a full nelson of social obligation. The whole deal had been predicated on my unconditional obedience.

It hadn't worked. From then on we maintained a pre-divorce politeness until the denouement on my penultimate morning. 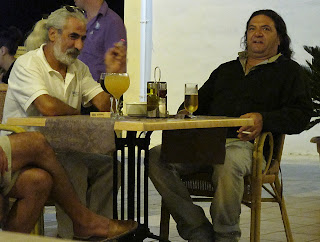 The night before we had eaten with a group of hostess’ friends. And friends of friends. We had a great time listening to Pedro el Chacho’s (the guy on the right) burnished flamenco. I danced. I wondered where I’d get flamenco lessons when I got back to Swansea. I loved it.


Then one of the friends asked me about my music. Leaving out any reference to the previous 'stomping off' incident I explained I hadn’t brought my instruments and, as far as I knew, I wasn’t allowed to play. That I thought, was that.


Just after nine next day I returned from the baker with our breakfast croissants. She was going out. Something to do with helping her friend’s mother. Boys couldn’t join in. Fine. I drank coffee, ate my croissant and waited for her to return.


It was a warm October morning. No hint of frost, let alone ice hung in the balmy air. Or at least I didn’t detect it when she opened up with a little small talk on her return. Then all hell broke lose. How dare I tell the friends that I wasn’t allowed to play? I had been shown where I could play and surely that was enough? How ungrateful was I to take the attitude I had? I’d even been moody.


On she went. The decibels began to increase. The voice became more shrill and my veins began to fizz once again. I'm proud to say that manners won out for a second time. I explained slowly and firmly that I was a guest and that I was in a foreign country. I didn’t need to be upset like this. I'd come to the island to road test my music and that meant playing to people. I was a musician after all. What did she fucking expect?

The realpolitik of my situation meant that this last interogative didn’t actually pass my lips. However it had echoed so loudly around the inside of my skull I was sure she must have picked it up through audio spillage alone.


She eventually came back to earth. Did I want to go out to lunch as planned? OR NOT? I would be permitted to play at the restaurant and afterwards at one or two bars also.


Big deal! But in the midst of hostilities I had realised that it probably wasn’t ‘me’ who was getting the treatment; it was ‘men – the bastards’. So despite reeling like a bewildered teddy-bear floundering through the rhetoric of someone else’s history, I didn't take it personally.  I said that I did want to get out for lunch thanks very much. And yes, I would take my harmonicas. We emerged from the flat, thank heavens each in one piece. 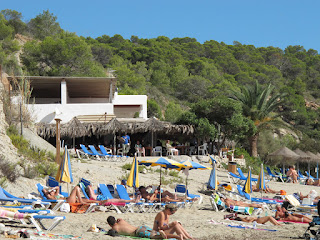 Later we ate paella, all spider crab legs and rabbit. I played and picked up a little applause. I gave out some business cards. A man from said he’d enjoyed hearing me and would give me a call.

But hostess made sure
I wasn’t comfortable. In the middle of one poignant melody or other she would get up and noisily head for the loo, or if a tune didn’t catch the audience’s ear, give a quiet little grunt of satisfaction. She certainly didn't want this plan to work out.


On the way to the airport she did her best to persuade me that the island was obviously not the place for me. I should look elsewhere, possibly mainland . Anywhere really, but definitely not here. 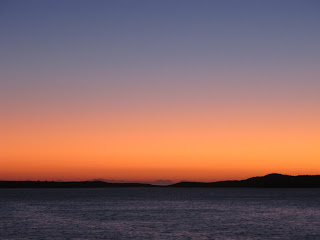 But she might have been too late. While, and maybe because, she continued to spout in this unfriendly way I was rapidly coming to the opposite conclusion. I had begun to get a feel for


‘I wonder how much flights are in April?’ I thought.
Posted by Patrick Ellis at Friday, November 04, 2011