the gigs start to roll in 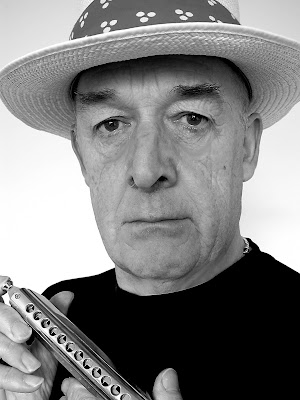 I've just had a return booking. Yeeha! Six years after I committed to my chromatic harmonica teacher, for the second time, the first year being taken up with learning how to tongue block, it looks like all my hard work could start to pay off.


Well it might. And it might not. Whatever. But it is satisfying to be invited back.
I suppose I must have given up on jazz. I did try. Honest. But it seems to have beaten me. When I hear most jazz harmonica now I cringe.
So what I've done in the absense of an accompanist who is open to the tango genre is to record guitar backing tracks. These were originally to practice to.
Then I realised that I could use them in a live situation. Then I realised that I could use them as the basis of a CD. And thats what I've done. 'Interpretaciones' - twelve standard tango, vals and milonga melodies with myself on guitar and harmonica came out in December 2010. Yours for a tenner. Mail me.
Having played at Tango Mango in Totnes a couple of times in recent years, and offered to play for tango fans in other parts of the country, Madeline Lees finally invited me to play in Diss, Norfolk last December.
I used the backing tracks and the gig went really well. I played two sets of about 20 minutes each while Mike Lavocha DJed and Alice and Martin of Moontangles made some lovely music also.
It must have worked because now I've been asked to return to Diss for their milonga on 11th June 2011.
So thats cool.
In the meantime heres some of the music but please don't pay it on crap laptop speakers. This is my heart calling. It needs sensitive handling. Even the most basic ear-phones would be ok.